The media world is becoming increasingly sexualised and fixated on appearance. The Girlpower campaign (also known as "Flicka") was part of a bigger initiative by the Government back in 2004. The aim was to teach young persons to be media critical and aware on how advertising is used.
The campaign made some companies upset and started a lively debate in the press. 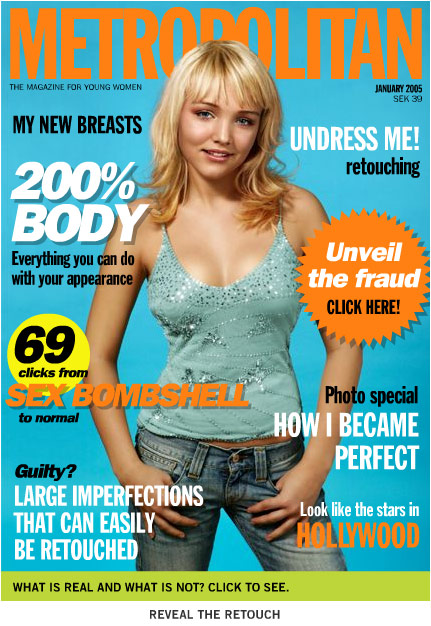 On the campaign site visitors could se how an image is retouched, step by step.
This is the un-retouched image: 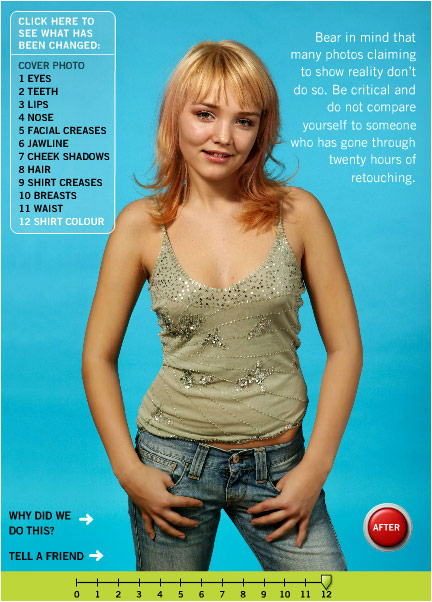 And this is retouched: 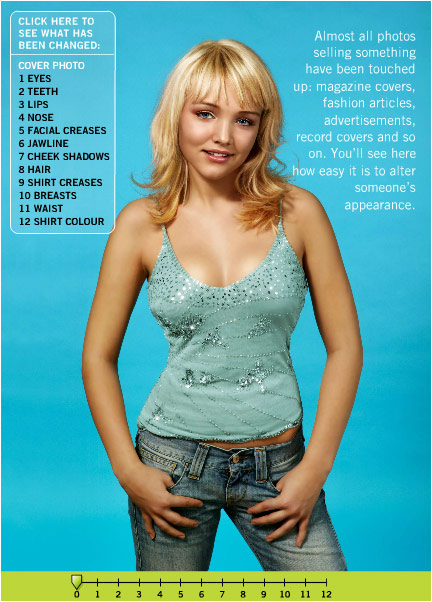 In another campaign in 2004, several well known media persons, was asked to answer for decisions they had made. Via the campaign site the visitors was given the background info and could contact the persons themselves: 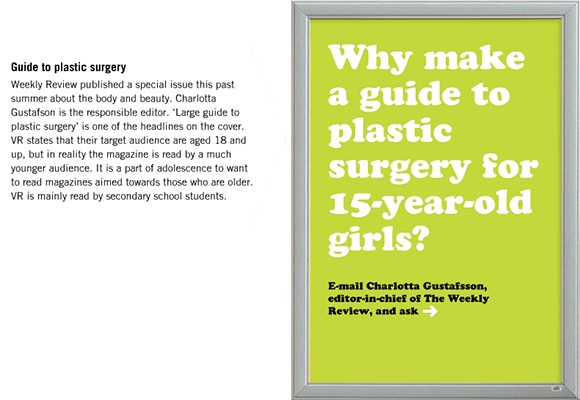 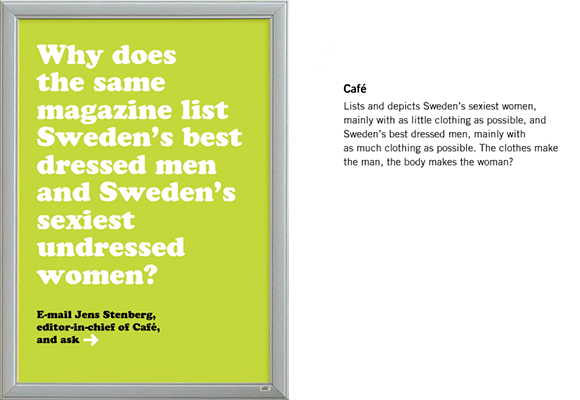 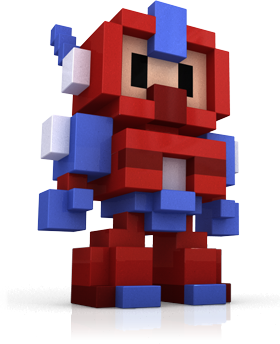